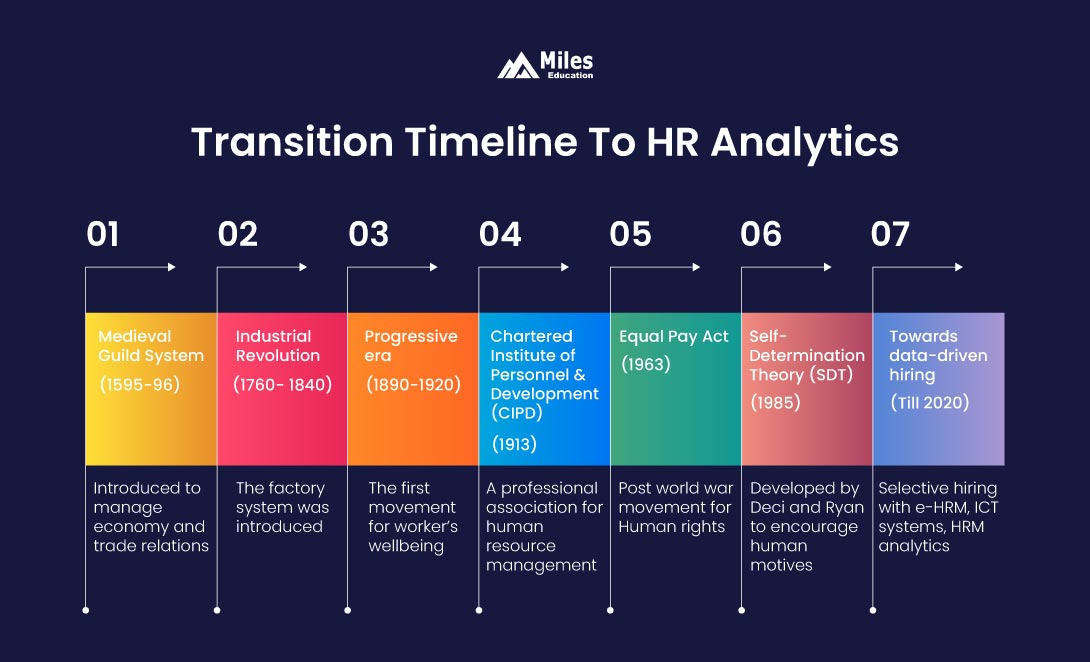 “To win the marketplace, you must first win the workplace.”
-Doug Conant, Leadership Speaker & Former CEO of Campbell Soup Company

Human Resource Management (HRM) is a little-known concept and the compliance behind hiring, firing retention has a longer story-tell than one can imagine. Over the years, HRM rolled the evolution wheel, starting from the medieval guild system, through the industrial revolution, labor uprising, acquiring behavioral quotes until the real establishment of the concept of human relations.

Other than complying with human rights preservation laws, the process took a turn towards the strategic acquisition of human talents. When it proved to have a true impact on increasing the revenue generation for the organization, professionals took more interest in perfecting the procedure. First came software-driven tools that backed accuracy in recordkeeping for the talent pool, later computing model and statics further improved the outcome. In the field of selective hiring, 92 percent of the talent acquisition heads support analytics in shaping the future of HR and recruiting, while 71 percent of companies see people analytics as a high priority.

Let’s take a short tour of how human resource management came into being and from a non-existent function to become a ‘real-time, tech-driven’ indispensable operation.

Prior to the industrial revolution, the employee-employer relations were treated under three norms: ‘slaver’, ‘serfdom’, and the ‘guild system’. While a ‘Slaver’ was bonded to serve another human who pledged money on them, ‘Serfdom’ was where peasants are bonded to the land and the‘ guild system’ was dictated as an independent system.

As the medieval madness prevailed, Europe started webbing trade relations across the country and the members. This cultivated thoughts of managing the economy and commenced the ‘guild system’. This sowed the first seed for the management of human resources to maintain the trade. This involved a guild-association of artisans, blacksmiths, and potters, each having- master, journeymen, and apprentices. The entire system is responsible to select, train their men to a wage earner, and their maintenance.

Decisions under the medieval guild system gained prominence until scripted into an economic doctrine. French concepts of ‘laissez-faire’ behavior – free trade with minimum government interference upon peace and property rights of the tradesmen and ‘laissez-passer’- a formal permit to carry out laissez-faire were the doctrines which acted as the cornerstone in re-building labor policies for the coming age of revolution.

Introduction to the Factory System

At the end of the eighteenth century, the invention of machinery called the age of the Industrial Revolution. The cottage industries dwindled as the wage-earners inhabited cities populated with factories. In the name of managing people, the workers are mangled under harsh conditions, unfavorable timings with a scanty pay order. This on-boarded a new agenda in breaking the monotony and reforms for worker’s well being.

Between 1890-1920, it was put to the theory that workers’ wellbeing is proportional to factory productivity. With an intention to stabilize the workforce, scholars and politicians merged thoughts to support ‘industrial betterment’.  As suggested by FW Taylor, an American mechanical engineer, ‘one best way’ to improve industrial efficiency is to organize work regimes. The ethos of Taylorism was readily adopted by fast food and automobile sectors adoring the new-found ‘Human Resource Management’ system. These principles used tools for job analysis, rules for section, and training methodologies, however they failed to address the factory workers as humans.

Within the next three decades, the term ‘industrial welfare’ graduated to ‘scientific management’ and was termed to be the ‘Progressive era’ of the Industrial Revolution. Thought leaders then started acknowledging humanitarian needs. Companies started having ‘personnel departments’ and ‘manpower development programs. The factory owners started mitigating the workplace woes with better compensations for the workers. It’s been recorded that top-notch organizations like UK’s ‘Cadbury’ and Ireland’s ‘Jacob’, volunteered to appoint  ‘Welfare officers’ in improving the working conditions with amenities like paid sick leaves and subsidized housing facilities.

In parallel to the Industrial revolution, the globe fought two world wars one after another. When men were sent to fight the wars, unskilled women were recruited in large numbers to fill the gaps. By 1920-30 the scope of the function changed to manage the absence, recruitment, dismissal, and bonus queries. Thinking hats then studied behavioral science to understand the social aspect to manage human capital. The rise in the economy after the war certainly improved benefits for the employees, both in relation to recruitment, retaining loyalty, and started working for people’s development.

At the end of the Second War, the US legislature began fairer practices, issuing government rules on employment rights with strict compliance. This gained prominence with, Equal Pay Act of 1963 and the Civil Rights Act of 1964. Prior to this, employers, unions, and personnel managers were heavily criticized due to failing efforts in fair wage negotiation, plan for public relations and people development strategies.

During the 1960-70s, a bunch of psychologists gravitated to human rights and moved with the theory in Human Motivation. The theory was contributed by Herzberg’s Two Factor Theory and Deci and Ryan’s Self-Determination Theory which completely transformed the thought process of human engagement in industries. The three core needs- ‘Autonomy, Competence, and Relatedness’ moved the thoughts towards positive encouragement that can pave the way towards true industrial growth.

The new approach towards organizational management and industrial psychology was a turnaround point for human resource management. Recruiters started focusing more on the employees’ needs to achieve, improve, and get recognized for the work done. Alongside, standards were to recognize the required skill for the worker to be worthy of the work requirements. Aligning purpose to work with worker’s motivation to work added purpose, dignity, and recognition to the mere wage earners.

Today, apart from having a formal HR department in managing the recruitment for the organizations and are termed the people expert for organizations. From onboarding, performance management, coaching & training, career planning to succession and separation, the whole employee life cycle is monitored by the Human Resource Management (HRM) team. Now, the discipline is taught in B-schools on strategic management of Human Capital at organization structures. Furthermore, the Chartered Institute of Personnel and Development (CIPD), having a worldwide community of 135,000+ members, is a professional body that promotes improving HR practices to benefit businesses, economies, and society.

The wave of digitization caught the HRM segment as well. Technocrats have mounted various interfaces to ease the recruitment process. Here, the application of e-HRM roped greater advantage over in shaping the HR performance, backed by adept infotech applications in making the right recruitment choices. Further, Information and Communication Technologies (ICT) systems pulled down the barriers in sourcing employee information to the recruiters leading to a faster hiring process.

Further, in order to tide over mundane habits to a biased recruitment process, selective hiring is the new key. To perform the task, data collected from ICTs and information banks are put in use for real-time. Using various analytics and statistical transforms, one can filter out the faux Pas in candidature details, moving onto the new age of ‘HR Analytics’. HR analytics-enabled HR professionals to be data-driven and making informed decisions embarking assured ROI from the organization’s end.

To breathe in the fast-paced world, upskilling will be the only tool to win over the hurdles. In India, 92 percent of the HR heads support analytics in shaping the future, while 71 percent of companies see people analytics as a high priority. The gap in the talent pool is only acknowledged by 22 percent of the professionals. . Hence India’s most prestigious B-school chain, IIM Lucknow, approves an executive course work of Talent Analytics and Human Resource Management in association with Miles Education as the official channel partner.
Miles Education is always committed to your career success and brings to you new-age certifications in Finance and Emerging Technologies. We have partnered with WileyNXT to offer PG Certifications in AI from top IITs/IIMs in AI, ML, Deep Learning, and Analytics. Please visit – mileseducation.com to know more. 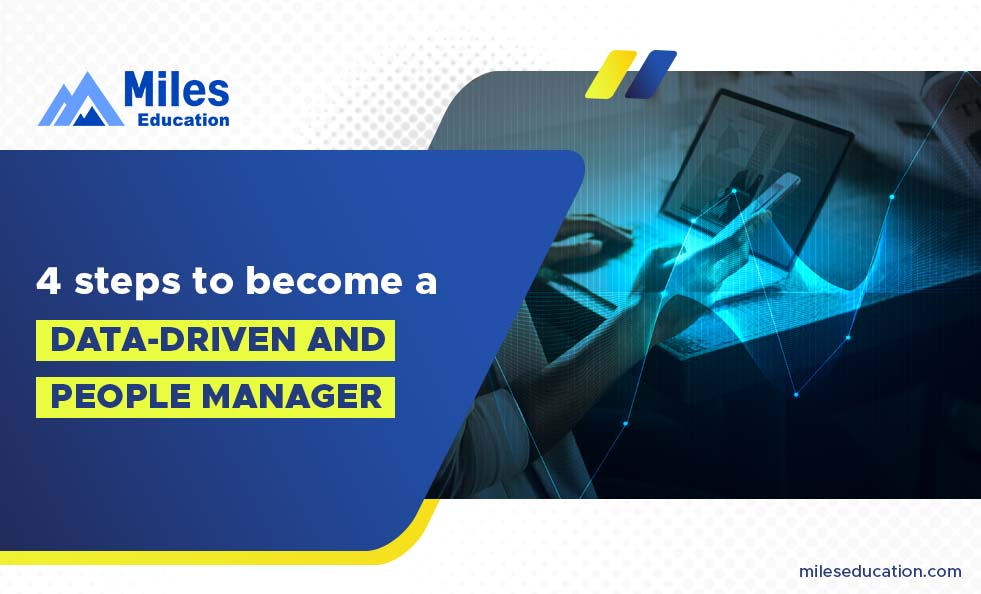 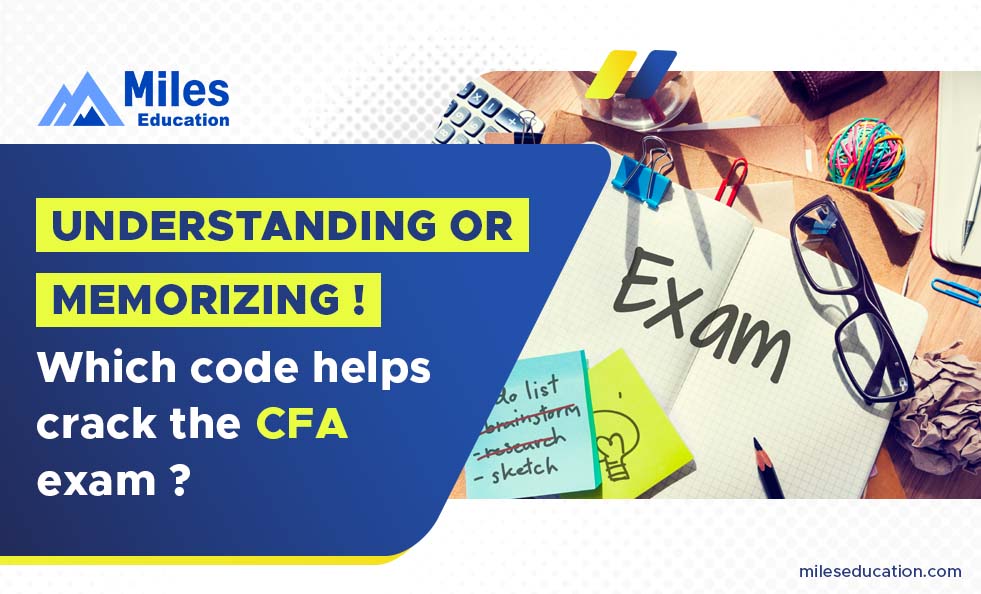 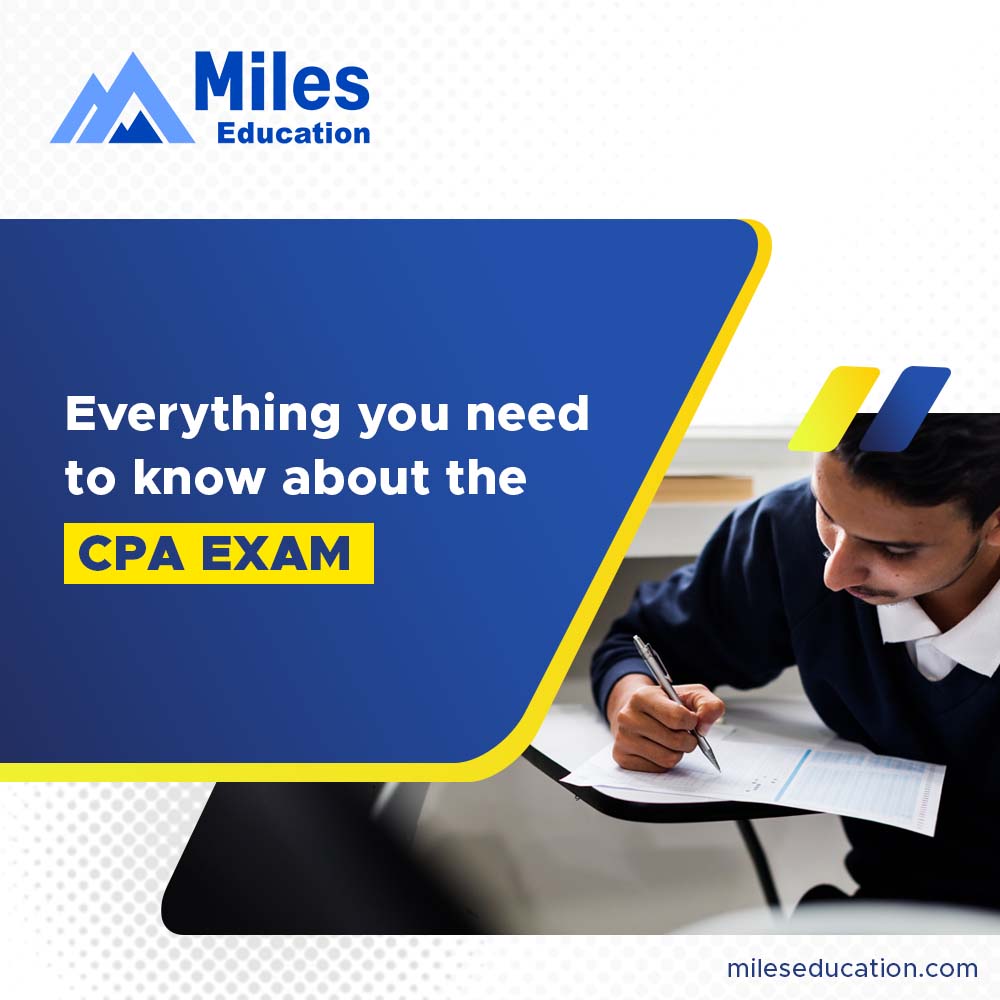 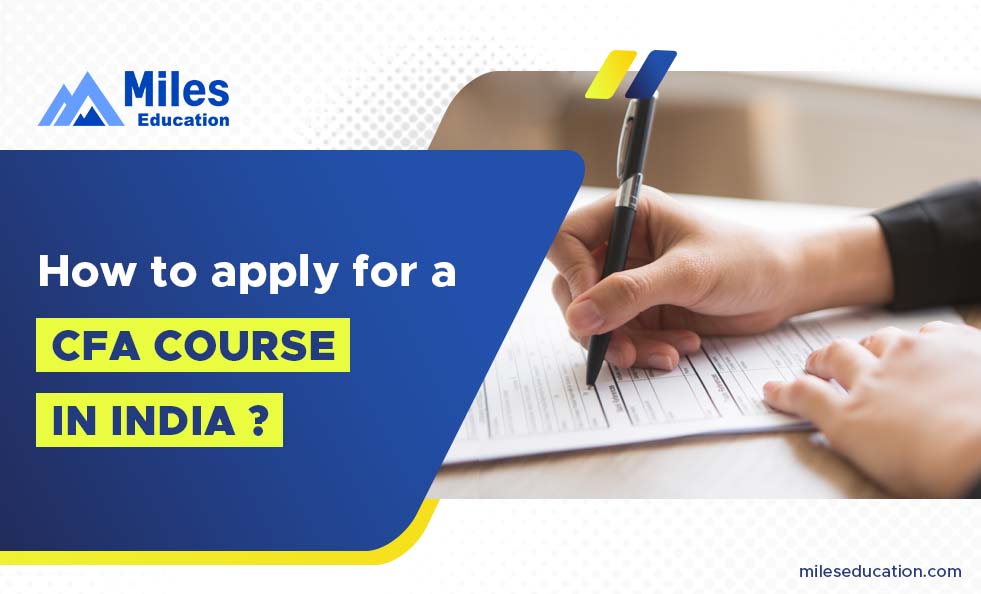 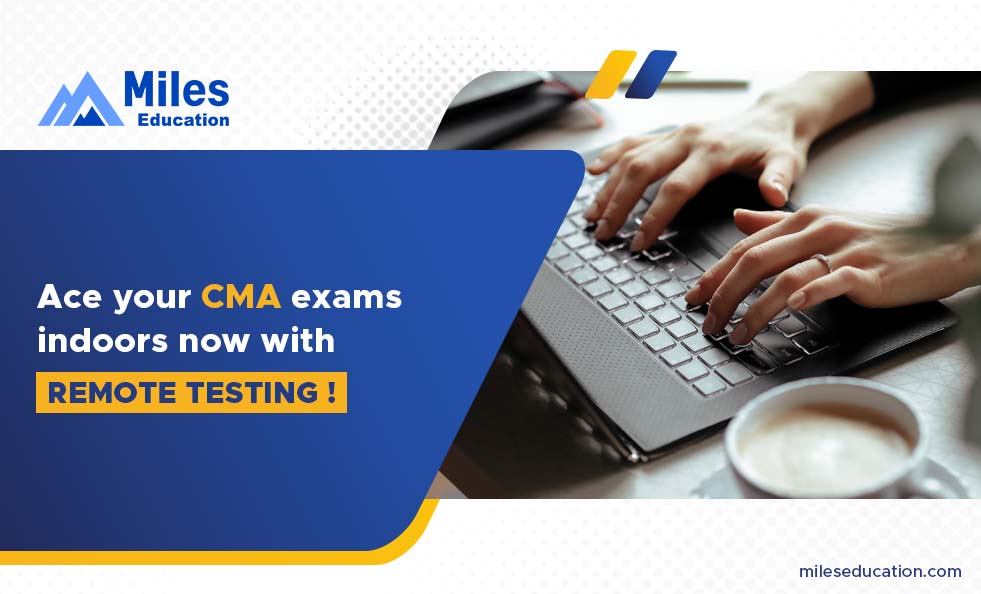 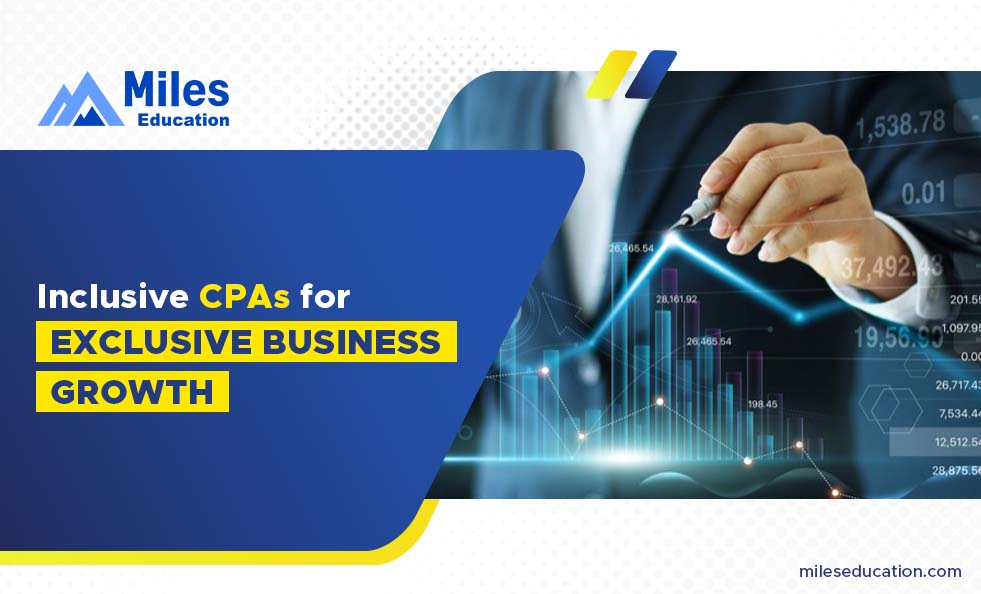 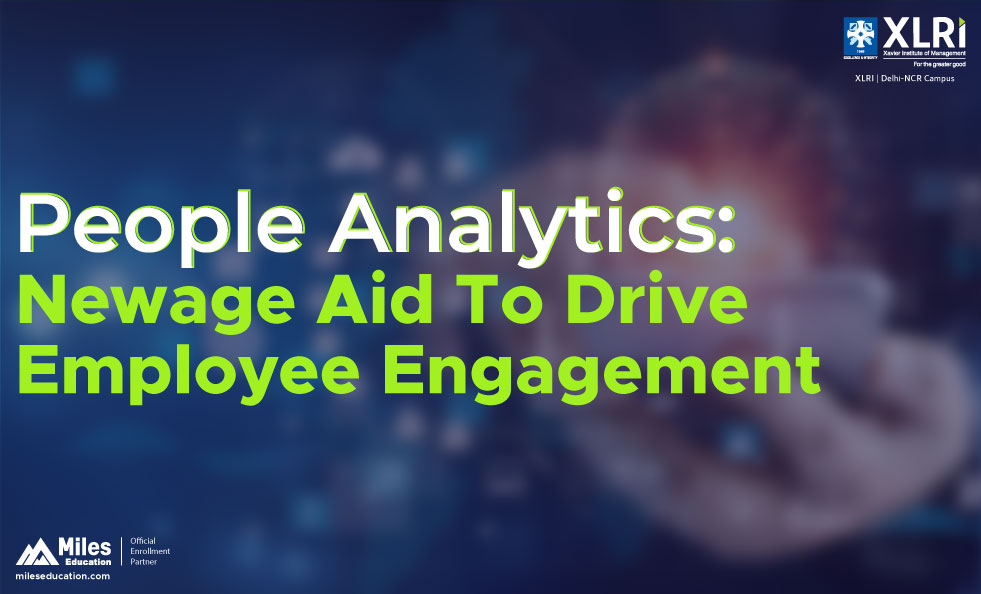 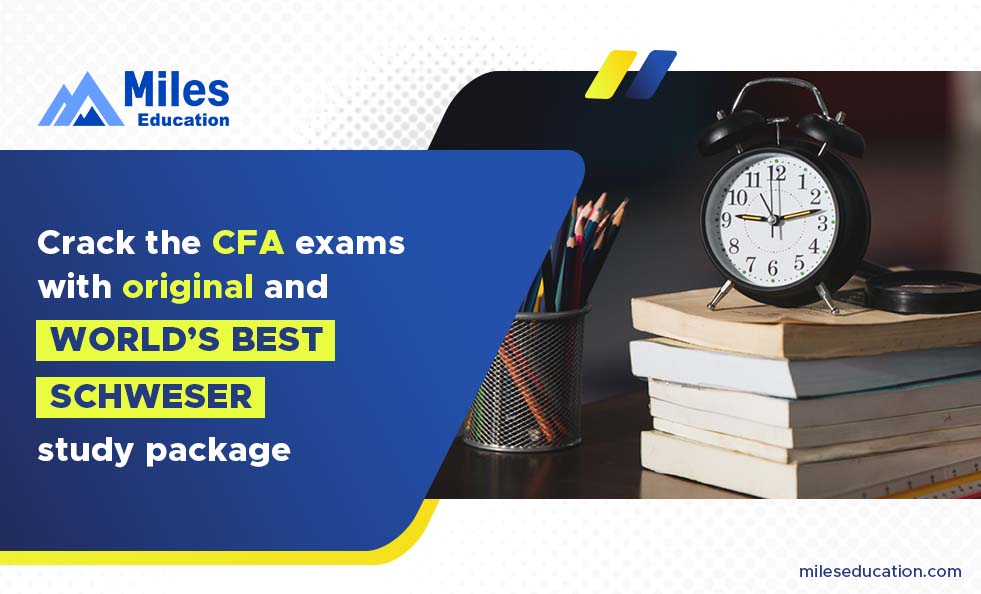 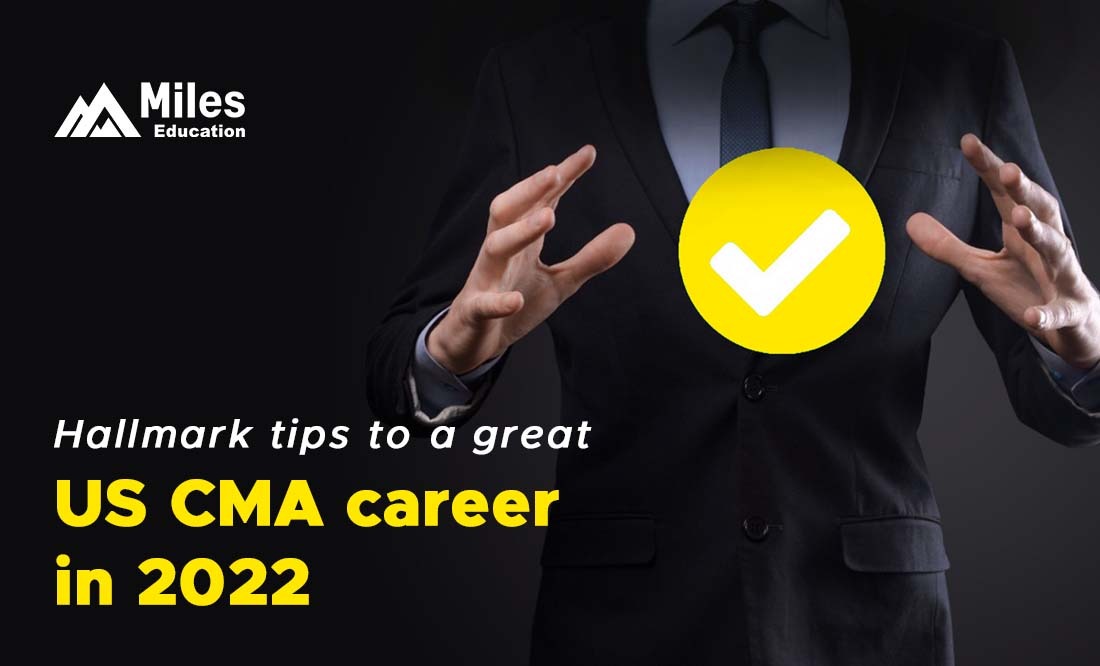