Uses of Technology in Capital Markets 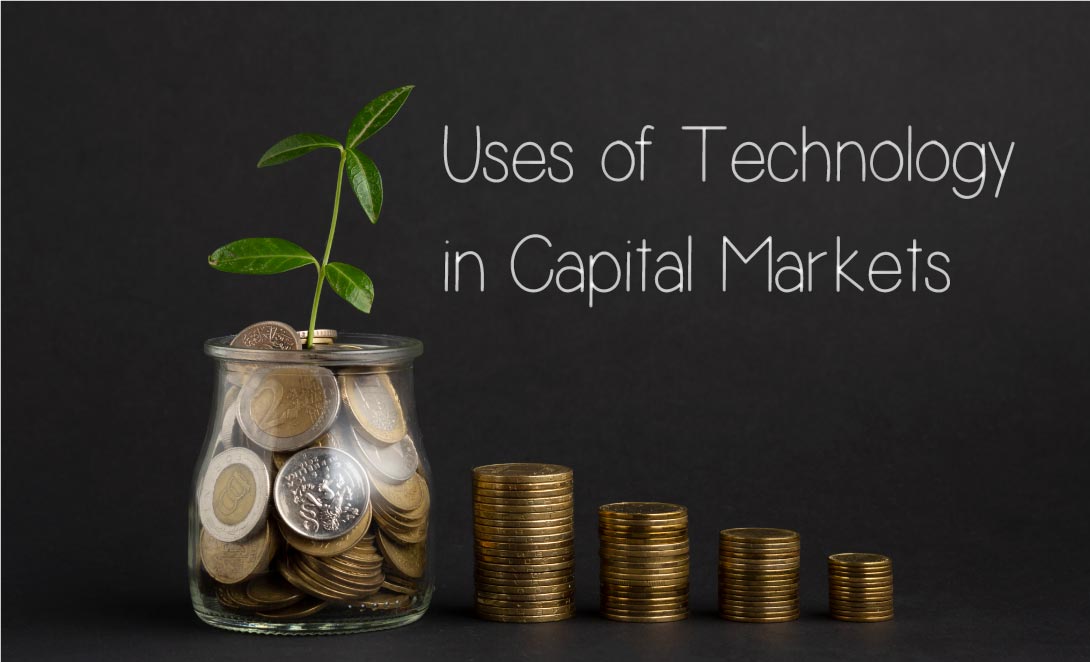 Capital markets investors are on a roller coaster ride since the beginning of the year. The sheer anxiety of reaching the apogee in Mid-February and the terrifying fall ever since have either made investors jump the wagon or the more optimistic ones clinging to their seats in anticipation of a bottoming out scenario soon. Whichever side you take the bloodbath in markets since the outbreak of the pandemic from China has brought the economy and the capital markets to its knees. Manufacturing and Services have virtually come to a standstill. The BSE (Bombay Stock Exchange) SENSEX has shed 33% (till the end of day 3-Apr-2020) this year. Nobody really knows when the markets will bottom out and start recovering again. It all depends on how quickly humanity finds a vaccination against the COVID-19 virus and how soon the engines of the economy can be restarted again.

As a disciplined investor, I continue to stick to my investment commitments and fund my SIP (systematic investment plan) purchases every month. I believe with a 33% correction in the market, the stocks are now reasonably valued from being very expensive at the dawn of the new decade. I gather reasonable intelligence from various sources in the public domain and based on which I take calls on which sectors/stock to invest in. These calls sometimes work and sometimes won’t. As long as the returns are positive and greater than the risk premium, I am happy.

How Investment Decisions are made

The data available is democratized in the institution. What this means is data is carefully ingested from various sources, analyzed and actionable insights are made available to the right user at the right time. Institutions have access to petabytes of data on companies, capital markets, and macro-economic indicators from multiple sources.

The data that is out there in the world can be classified into four forms as below. As a retail individual investor, I take calls on investment based on the structured data that is available in the public domain like a business newspaper, company websites, etc. However, as you can see the structured data can only give you limited intelligence and the real value and intelligence lie in the more rustic territories of Semi-Structured, Quasi-Structured, and Unstructured data. Let’s start with the unstructured data. Imagine a portfolio manager who goes to a broker conference and meets several companies during the course of the conference. He captures the brief of every conversation with the company executives on his laptop using Microsoft Word. One company executive has told him that they soon would be launching a product that has the potential to capture 40% of the Total Addressable Market (TAM). This is a valuable piece of information just sitting in his word document. Similar to this, he might have valuable information on his emails, note pads, and his scribble pads. This type of information is unstructured and can be very valuable if bought into the data ingestion process of the institution. Technologies within the purview of Artificial Intelligence like Natural Language Processing (NLP) can be leveraged to convert our conversations, jot-down notes to the readable text which can be called quasi-structured data. Institutional investors also have tools that gather semi-structured data and convert them into structured data. An example here is the company income tax filings or earnings release which can be in a specific file format like an XML file. These can be onboarded to the Institutional investor’s central database through automated tools. External databases like Bloomberg, Capital IQ, and Thomson Reuters also provide valuable sources of data for investment decision making.

Ultimately in the context of big data framework as above, the data has to be analyzed in real-time and actionable insights are to be provided for the portfolio managers/analysts at the right time and in the right medium. Otherwise, information too late (seconds delay) might make trade impossible or can mean inability to liquidate the asset in a crisis. Some of the seasoned fund houses have robust big data framework for effective investment decisions not only for now and here scenarios but also to the uncertain multiple future outcomes. You might say how can you predict the future? That’s just not possible. Not every outcome can be predicted with 100% accuracy (who predicted COVID-19 to bring the world economy to its knees? Even though by late December the world was aware of endemic problems in the Chinese province) However, predictions will help us prepare for an uncertain future. Off late Artificial Intelligence is becoming mainstream machines are getting better and better with accurate predictions. Take for example Amazon, 35% of its revenue comes from auto recommendations. Amazon based on your buying patterns predicts very close to 100% accuracy that you need so and so good in the future. An airplane has some 6000 sensors on the body of the aircraft generating 2 Terabytes of data every day. The data from the sensors is analyzed in real-time and a preventative maintenance process is leveraged to identify problems before they occur.

In the capital markets space, predictive analytics can help if you can beat the index in the bull run, giving you time to move your assets to safer asset classes before a blood bath. Almost all of the institutional investors have AI systems in place which analyze thousands of parameters and predict many possible outcomes. Take for example the leading Hedge Fund of the world – Citadel, it calculates more than 500 doomsday scenarios per day to assess potential risk for the firm from geopolitical and another potential crisis. Many traders in the stock markets use streams of data and complex algorithms to create models of the market to find predictable patterns and create machine derived forecasts. One classic textbook case of a large fund which used algorithms for its investment is the Long Term Capital Management (LTCM), a hedge fund launched in 1994 by a star-studded team from Wall Street including Robert Merton and Myron Scholes the duo of the original three who created the famous Black-Scholes formula for options pricing. They eventually won a Nobel Prize in Economics in 1997. With such celebrated stalwarts from the industry, LTCM was able to garner investments to the tune of $1.25 Bn. The minimum investment required by each investment was $10 Mn and there was a lock-in period of three years. LTCM charged 2% of the total assets as a fund management charge and would keep 25% of the profits. LTCM at its core had a mathematical model (an algorithm) that flagged undervalued securities for buying to be sold later when the price increases. The propriety mathematical model of LTCM during the initial days generated good returns (28% in 1994, 42.8% in 1995, 40.8% in 1996*). The trouble started in 1997 when the hedge fund returned 17.1% compared to the NASDAQ Composite returning 21.6%. The reputation of portfolio managers is at stake when the index performs better than their portfolio. But in this case, the LTCM’s investors backed them as they considered this as a one-off event. LTCM went on to take more aggressive bets like the algorithms suggested the Russian Bond markets are undervalued. On 17 August 1998, the Russian government defaulted on its dollar as well as ruble debts. This event was something that the algorithms of LTCM had not taken into account. With the Russian government deciding to default, the price of the bonds which LTCM had fallen leading to huge losses. To spruce up the returns LTCM had taken loans (leverage in capital market parlance) against the collateral (debt securities owned by LTCM) from many banks to buy the bonds. With the prices crashing, banks started to give margin calls to LTCM asking them to put more collateral. The entire financial system crashed as many big investment banks had lent their money to LTCM in anticipation of huge profits. The algorithms also didn’t consider a scenario in which there were no buyers in the market when LTCM wanted to sell quickly. The losses kept on mounting, On 10th September 1998, the firm lost $145 million the next day the losses were $120 million. Eventually, the Federal Reserve intervened and asked fourteen Wall Street banks to come together and bail LTCM out of the mess.

To summarize, even though Mathematical Models, Algorithms, and Big Data Analytics are strong tools and complement the human brain for effective decision making. Markets are complex systems and need to be analyzed as such. Human decision-makers can get irrational (LTCM in its initial days when it returned huge profits to its investors), events can be triggered by seemingly random factors (Russian debt default), and traditional mathematical models can fall apart when markets get volatile. Ergo a rational and balanced mind that can understand the technology and leverage it as one of the sources of intelligence and make investment decisions can create wonders in the investment world. 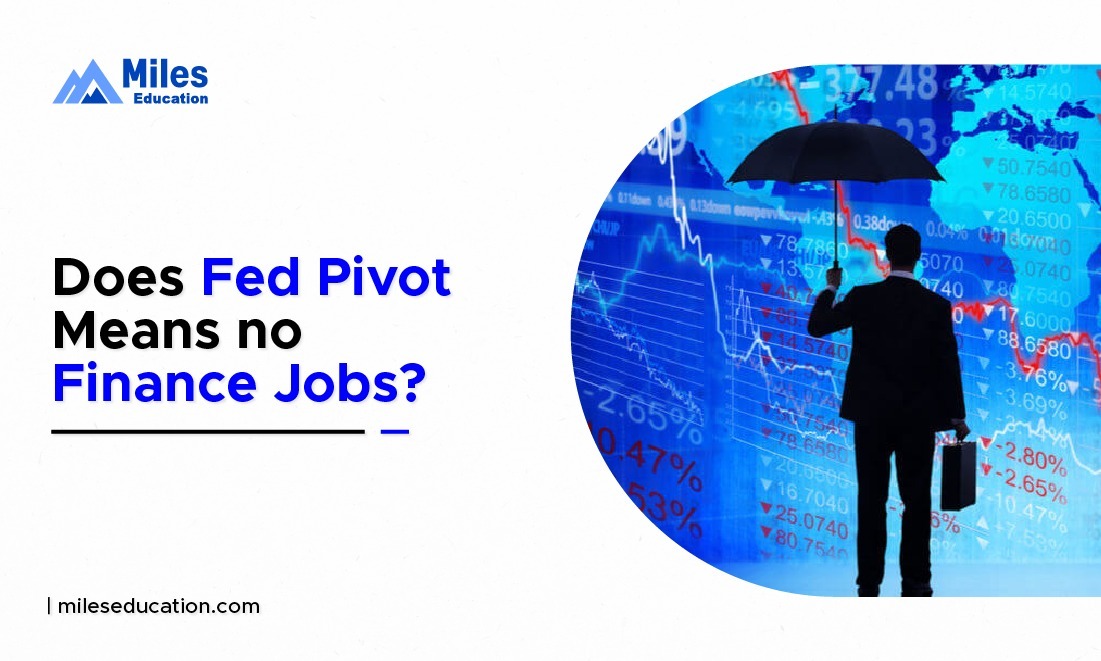 The last few months have been tense for both financial... 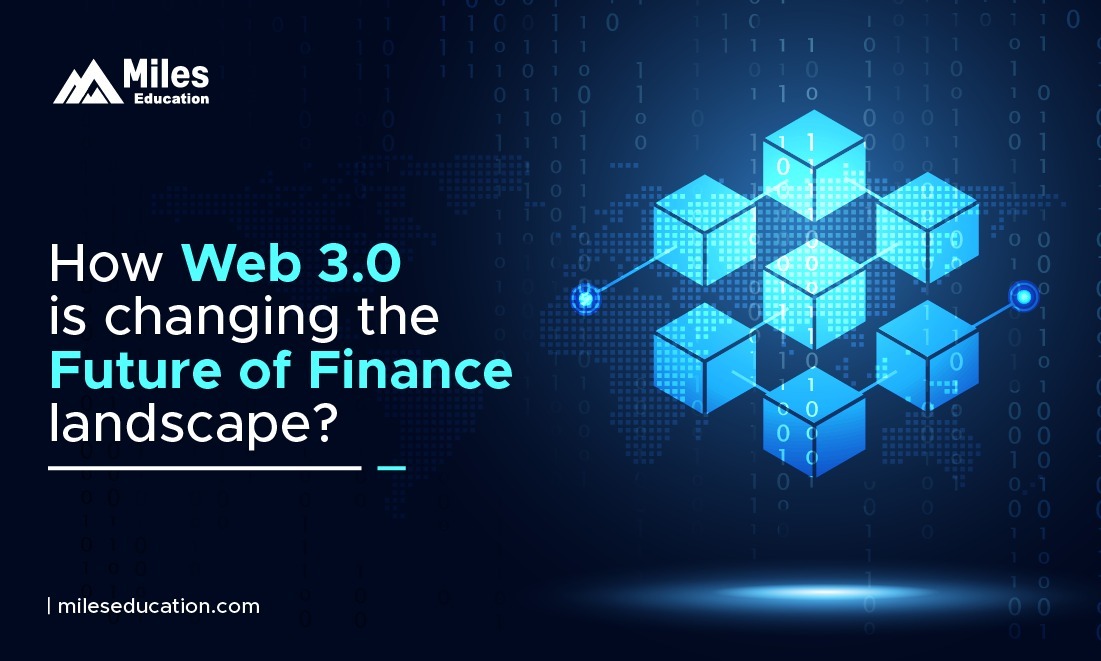 Technology has transformed our lives in many ways, and financial... 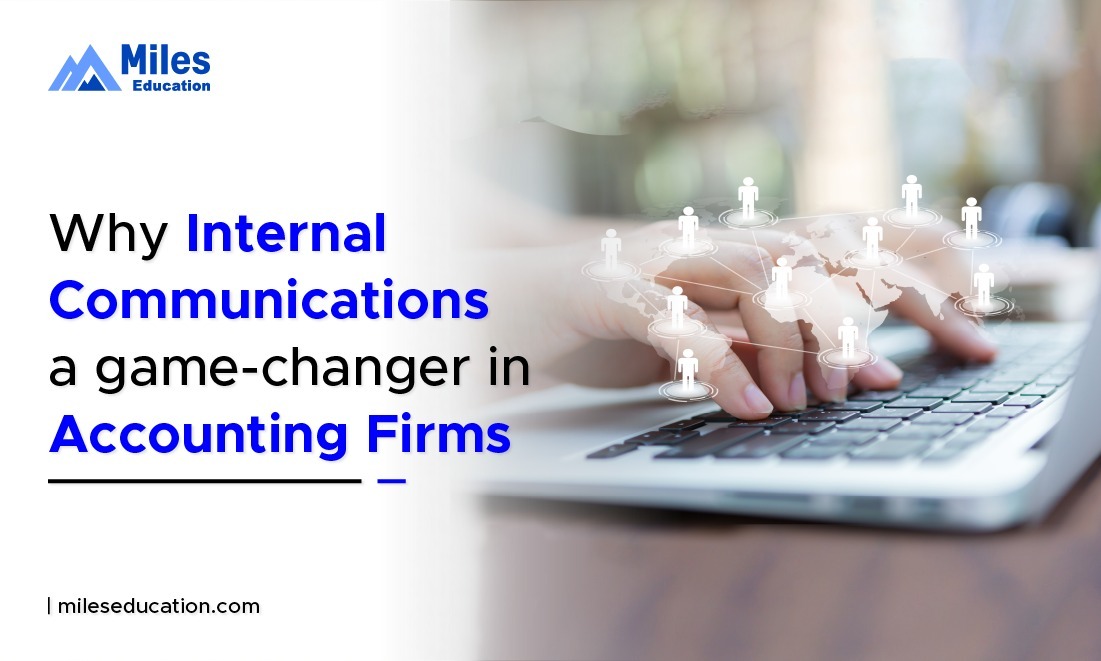 Over 70% of accountants agree to the fact that they... 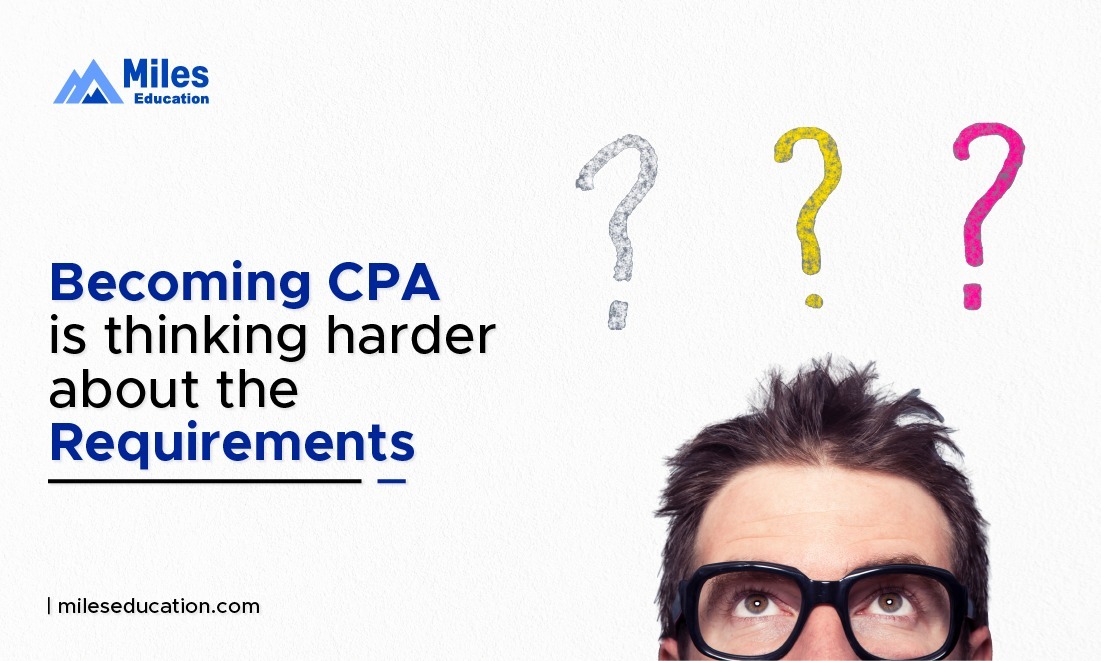 As the CPA is one of the world’s highest accounting... 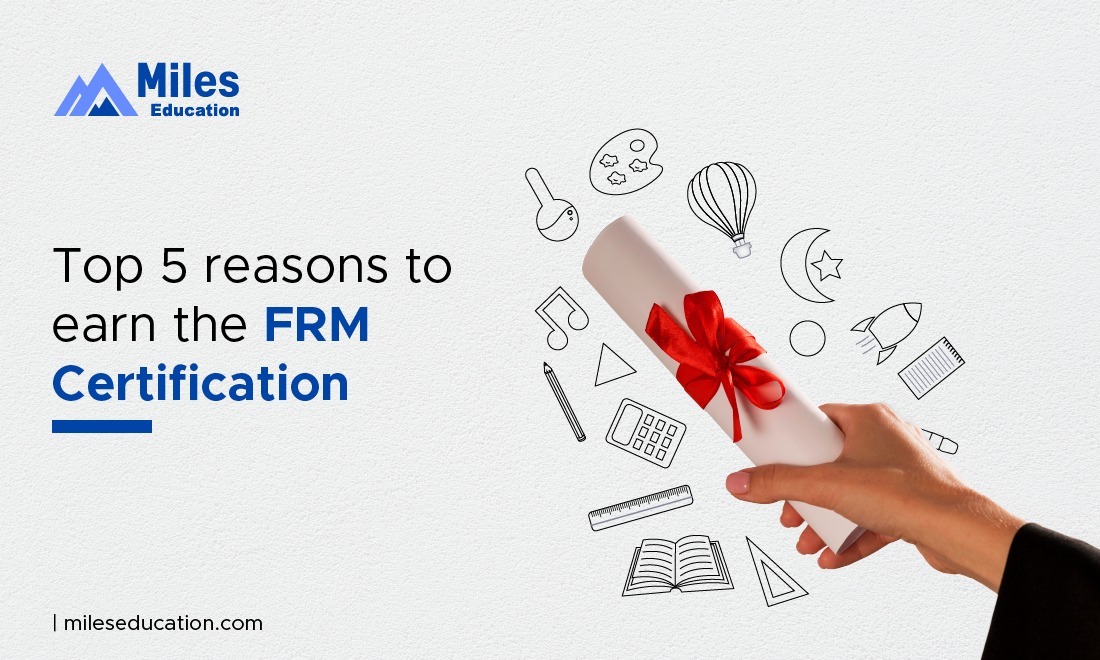 Well, being FRM certified sets you apart from others who... 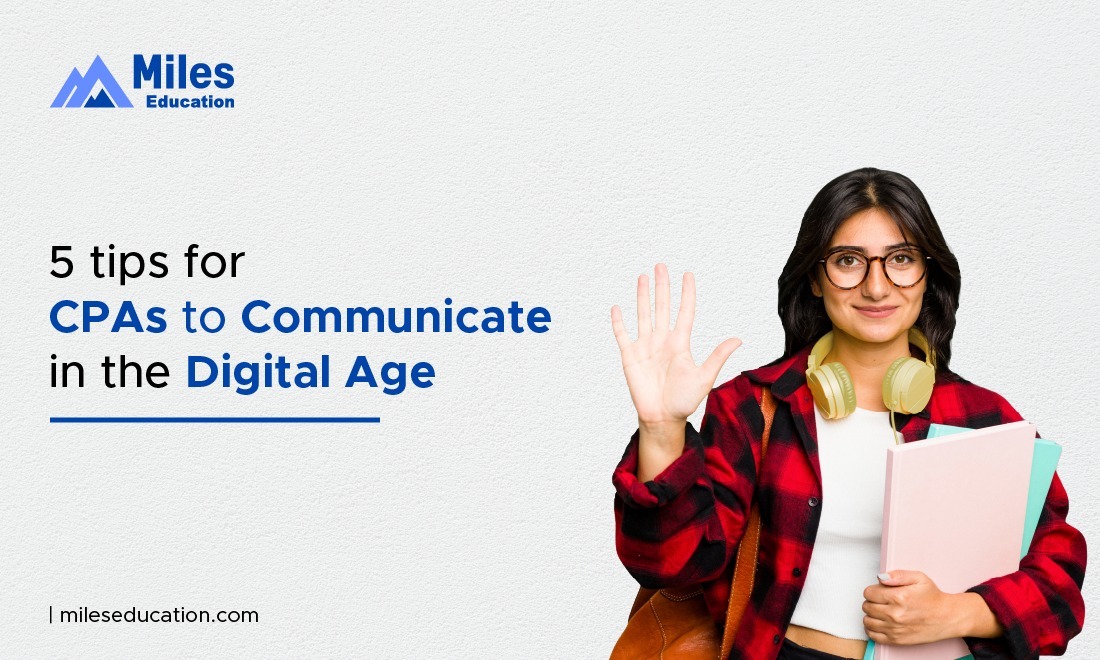 We venture deeper into the digital realm every year. Now,... 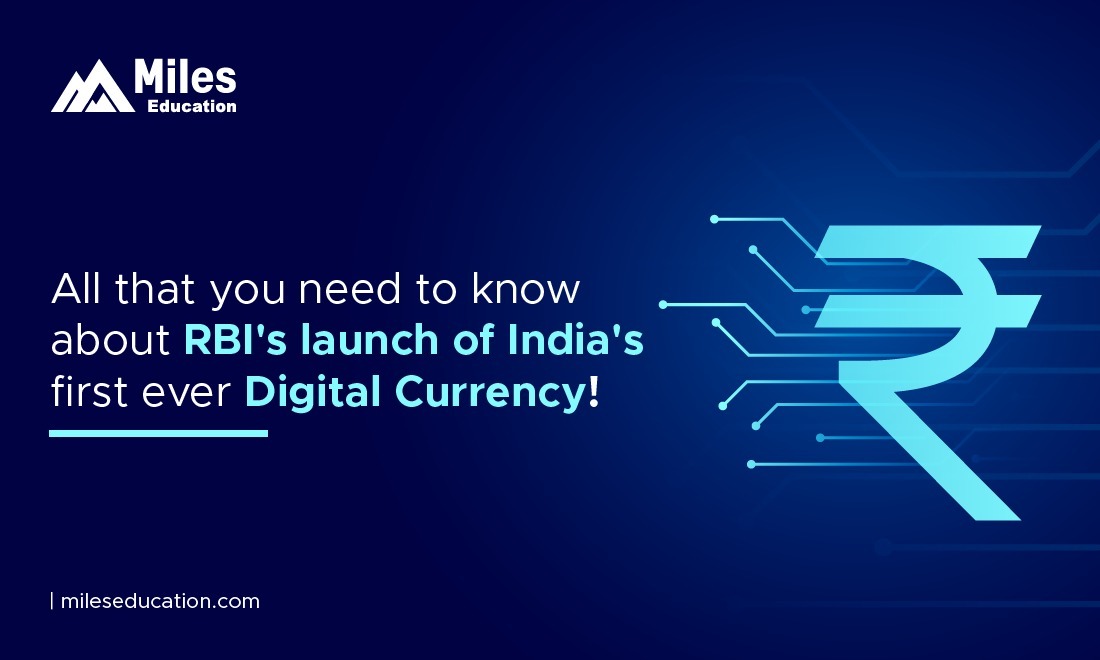 On November 1st, RBI launched a pilot program for its... 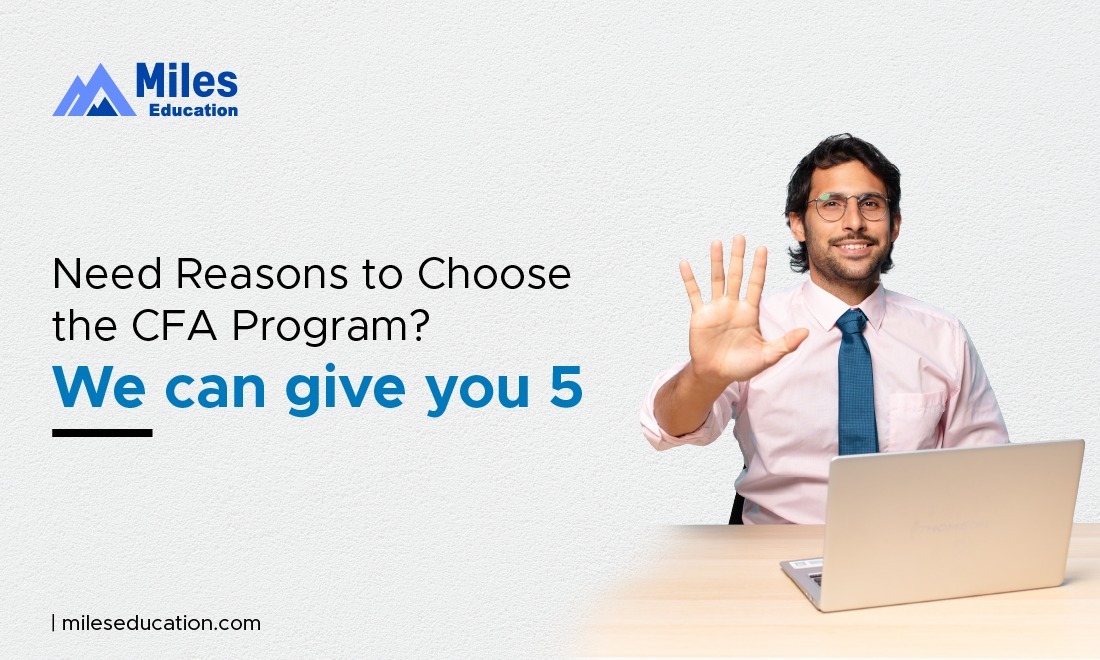 The Chartered Financial Analyst (CFA) designation should be considered if... 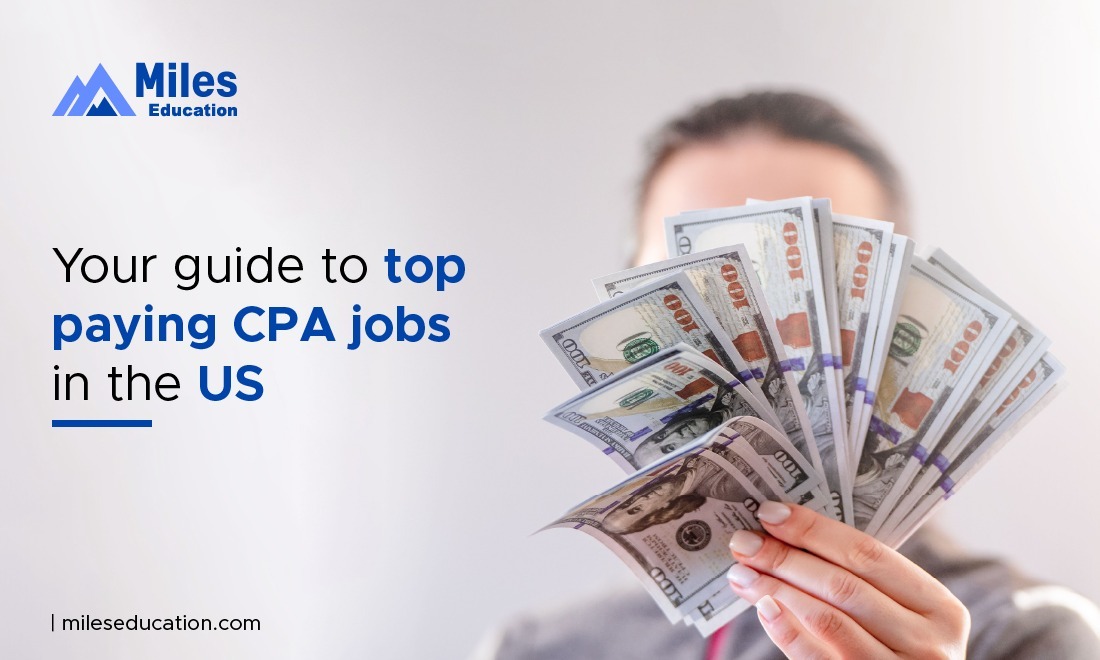 Currently, the finance and accounting job portals in the US... 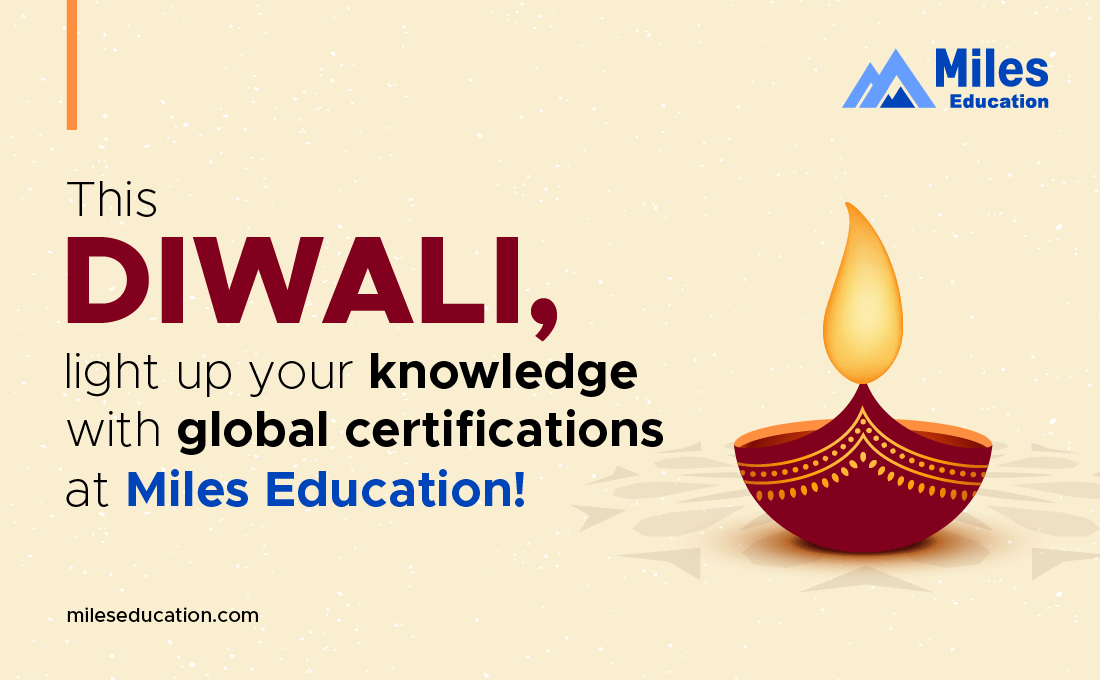 Deepavali, also known as Diwali is literally translated as "a...